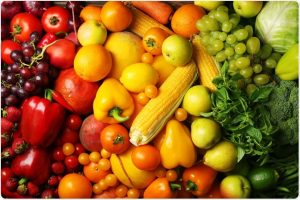 In case you’re lacking in nutritional balance, eating fruits might fix the issue. Most of them hold minerals and vitamins that are relevant for keeping the body healthy and safe from different sicknesses and diseases. There are also some groups of fruits that are considered effective anti-oxidants, making them a cheaper alternative if you want to detoxify.

If you want to keep or start a healthy living, why not squeeze in some fruits in your meals? Here are some selections that you might like, including their health benefits.

Its reddish and somewhat pinkish appearance holds high water content, making it a juicy treat to enjoy. Strawberries are known for their many health benefits, including their seeds that are mostly consumed because of their dietary fibre per serving.

A round citrus delight, oranges are mainly known for their high content of vitamin C. There are many multivitamin syrups and capsules that are based on orange fruits, but nothing still beats the organic and natural way of eating.

Vitamin C is highly important for one’s immune system and it also acts as a powerful antioxidant that many people want. Aside from that, oranges are naturally sweet and delicious so consuming it wouldn’t be that hard.

The sour yet welcoming taste of grapefruits holds a ton of health benefits. They come in different colours so it can be a bit confusing at times. It holds flavonoids that are known to protect anyone from severe diseases like cancer, and even common ones like inflammation.

Grapefruits are also being recommended to some as a way to counter obesity because of their contents. Furanocoumarins, a compound that is found inside a grapefruit is known for its stress-relieving results as well as keeping the bones healthy.

However, one should be wary about consuming grapefruits on a regular basis as some of its components are highly reactive to a lot of medications. Consult your doctor first before trying out grapefruits.

Our world is filled with different types of fruits and it is easy to get lost in the amount that you can see in the market. We hope that this list helped you in some way!

No comments to show.

Thanks to our friends & supporters above, please support them back.